You are here: Home / Archives for dementia 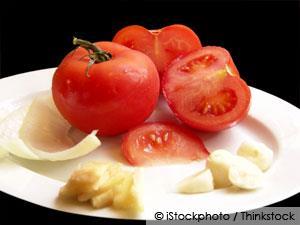 Scientists long ago discovered that a class of naturally occurring pigments called carotenoids held powerful antioxidant properties that are crucial for your health.

Carotenoids are the compounds in your foods that give you that vibrant cornucopia of color—from green grasses to red beets, to the spectacular yellows and oranges of bell peppers—as well as all of the beautiful flowers in your garden.

There are more than 700 naturally occurring carotenoids, but most people are familiar with only a few. Right now, you probably have about ten different carotenoids circulating through your bloodstream.

Only recently has one particular carotenoid jumped to the front of the line in terms of its status as a “supernutrient,” becoming the focus of a large and growing number of peer-reviewed scientific studies.

This carotenoid is called natural astaxanthin.

Synthetic (laboratory-made) astaxanthin is now commonly used worldwide to supplement fish feed lots in order to help them obtain the desired pinkish to orange-red color. You really should avoid synthetic astaxanthin because it’s made from petrochemicals.

Not only does natural astaxanthin carry potent antioxidant abilities, but as it turns out, it is also a powerful anti-inflammatory, which will be the focus of this article. Other carotenoids are easily obtainable through a good diet rich in fresh organic produce. However, this powerful carotenoid is harder to come by.

Astaxanthin Is in a League of Its Own

Astaxanthin is produced only by the microalgae Haematococcus pluvialis when its water supply dries up, forcing it to protect itself from ultraviolet radiation. It’s the algae’s survival mechanism—Astaxanthin serves as a “force field” to protect the algae from lack of nutrition and/or intense sunlight.

Astaxanthin is now thought to be the most powerful antioxidant found in nature.

There are only two main sources of astaxanthin—the microalgae that produce it, and the sea creatures that consume the algae (such as salmon, shellfish, and krill).Astaxanthin is now thought to be the most powerful antioxidant found in nature.

This pigment is the most commonly occurring red carotenoid in marine and aquatic animals and is what gives salmon their characteristic pink color. Astaxanthin is far more powerful than beta-carotene, alpha-tocopherol, lycopene and lutein, other members of its chemical family. It exhibits VERY STRONG free radical scavenging activity and helps protect your cells, organs, and body tissues from oxidative damage and inflammation.

There are many properties that make this carotenoid unique. Here are the main differences:

And how about some more great news?

There have been no adverse reactions found for people taking astaxanthin. Before I go into how astaxanthin works as an anti-inflammatory, let’s review what inflammation is and how it can cause devastating disease.

What You Need to Know About Inflammation

Inflammation is a necessary and important biological process that allows you to survive. It’s your body’s response to fighting infection and repairing damaged tissues—in other words, it’s part of your natural healing process. If you didn’t have inflammation, you’d never heal from any infection or injury.

There are five classic signs and symptoms of inflammation:

Even sunburn is a sign of inflammation—when UV rays begin to damage your skin cells, the inflammatory “machine” turns on, making your skin red and warm. Mast cells are the key initiators of inflammation, activating potent “mediators.” The mediators attract white blood cells, and activate cells that produce additional mediators.

Mediators come in many forms, including:

Although having a red, swollen and painful sprained ankle is a clear sign you are experiencing inflammation, you may have an undercurrent of inflammation in your body and not even be aware. And silence can be deadly.

Inflammation comes and goes in your body as part of the normal healing process. However, prolonged inflammation can be devastating. Many people are experiencing ongoing, low-level inflammation without even knowing it—and this is a crucial factor behind chronic disease.

This systemic or “silent” inflammation is the evil twin of oxidation, and where you find one, you nearly always find the other. But this type of inflammation doesn’t cause you any pain—it lives “under the radar,” quietly lingering for years and even decades, where it silently injures your heart, brain, and immune system.

Left unchecked, systemic inflammation can lead to anything from asthma to rheumatoid arthritis to Alzheimer’s disease. In fact, the number of diseases linked to chronic inflammation is staggering:

There are many, many more. Unfortunately, Americans have the highest levels of silent inflammation in the world, with over 75 percent of people afflicted.

Two words: diet and lifestyle. Some of the largest contributors to chronic inflammation are smoking; a diet high in sugar, fried foods and trans fats; inadequate exercise; stress; and vitamin D deficiency. There are a couple of ways to measure how much inflammation is silently occurring in your body.

One blood test measures a substance called C-reactive protein (CRP), which might actually be a better predictor of your heart attack risk than lipids. Another test is called Sed Rate (or ESR for “erythrocyte sedimentation rate”), which is especially helpful in monitoring rheumatoid arthritis and other autoimmune diseases.

CRP is produced in your liver and coronary arteries, then released into your bloodstream when your body is fighting inflammation. In one study, natural astaxanthin was found to reduce CRP levels by 20 percent in just eight weeks. Another study found astaxanthin caused 43 percent of people with high CRP levels to drop into the average-risk range.

Clearly, this powerful agent has a remarkable ability to cool down the inflammatory process, thereby decreasing your body’s need to produce CRP.

By decreasing inflammation, astaxanthin can help prevent, and treat, a number of problems that result directly from inflammation, including rheumatoid arthritis, tennis elbow, carpal tunnel syndrome, and other repetitive stress injuries, which I will talk more about shortly.

Anti-Inflammatory Drugs Are Definitely NOT the Answer

As a quick review, let’s review the truth about some anti-inflammatory drugs:

In 1999, the New England Journal of Medicine stated that NSAIDS have caused as many deaths as AIDS. Vioxx alone has killed more than 60,000 people! I urge you to avoid these dangerous anti-inflammatory drugs since they have the potential to cause very serious side effects and even death. But astaxanthin is a different story and will not harm you.

Astaxanthin affects a wide range of mediators, but in a gentler, less concentrated manner and without the negative side effects. And it works for 4 out of 5 people. In one study,2 more than 80 percent of arthritis sufferers improved with astaxanthin.

Folks, that is four out of five people, that is impressive.

How Astaxanthin Tells Your Inflammation to ‘Chill’

A great deal of research has been done into how astaxanthin reduces inflammation. As is true for many antioxidants, its anti-inflammatory properties are related to its powerful antioxidant activity.

Astaxanthin suppresses a variety of inflammatory mediators—including tumor necrosis factor alpha, a major prostaglandin and a major interleukin, nitric oxide, COX-1 and COX-2 enzymes. It takes longer to produce effects than NSAIDS, but this means it doesn’t result in the dangerous side effects.

As G. Cole, UCLA Professor of Medicine and Neurology, reported to Newsweek Magazine in a Special Summer Issue in 2005 (pages 26-28):

So, what sorts of conditions can astaxanthin treat?

Astaxanthin May Help You Be an Athlete Extraordinaire or Weekend Warrior

A study by the Health Research and Studies Center involved giving tennis elbow sufferers an eight-week course of astaxanthin. The treatment group showed a 93 percent improvement in grip strength, as well as decreased pain.

A study by the above group found eight weeks of astaxanthin supplementation resulted in significant pain reduction, both in terms of severity and duration, leaving researchers concluding that astaxanthin might be a viable alternative to surgery.

In 2001, Dr. Andrew Fry of the University of Memphis studied the effects of astaxanthin on healthy people who trained with weights and who would typically experience exercise-induced joint soreness. He gave young male subjects astaxanthin for three weeks, while they performed strenuous workouts, and then evaluated them for knee pain.

So it appears that this amazing nutrient can help you, whether you are a top athlete or a weekend warrior, whether you have mild overuse symptoms or a major inflammatory illness—it truly seems to have benefits for anyone and everyone!

Some aquaculture companies are beginning to use natural astaxanthin instead of synthetic, even though it costs more, because it’s better for the health of the animals, and it’s far superior for pigmentation. Animals fed fish food with natural astaxanthin have higher survival rates, better growth rates, better immunity, fertility, and reproduction. Unfortunately, synthetic astaxanthin still dominates the farmed salmon industry worldwide.

If your salmon label does not read “wild” or “naturally colored,” you’re probably going to be eating a coloring agent somewhat closer to motor oil than antioxidant. Natural astaxanthin is more than 20 times more powerful as an antioxidant than synthetic astaxanthin.

Wild salmon are 400 percent higher in astaxanthin than farmed salmon, and 100 percent of their pigment is natural astaxanthin, rather than synthetic. Plus, wild salmon have much higher levels of omega-3 fatty acids than the farmed version.

But even if you are successful in purchasing genuine wild salmon, there is the problem with high levels of mercury and other unwanted toxins, not to mention the skyrocketing prices.

You may recognize the name astaxanthin because I have mentioned it in reference to krill oil, my favorite source of animal-based omega-3 fatty acids. One of the reasons I am such a fan of krill is that itnaturally contains astaxanthin. And our krill oil has the highest concentration of astaxanthin of any krill oil on the market today.

But, as high as it is, new research suggests you could enjoy even MORE benefits by further increasing your astaxanthin, even if you are already taking a krill oil supplement.

If you decide to give astaxanthin a try, I recommend with a dose of 8-10 mg per day. If you are on a krill oil supplement, take that into consideration; different krill products have different concentrations of astaxanthin, so check your label.

Learn why krill oil is a safer and smarter choice than fish oil through the Fish Oil versus Krill Oil: The Cold, Hard Facts infographic. Use the embed code to share it on your website or visit our infographic page for the high-res version.