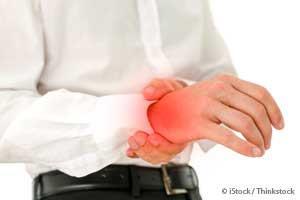 Sherri has always been an extremely active person. She used to cheer-lead, sing and dance in musicals, act in commercials, model in fashion shows, work multiple jobs and obtained 3 college degrees. However, she has been unable to work or care for her daily needs since 1991, due to Progressive Multiple Sclerosis and Chronic-Late Lyme Disease. Sherri also lives with Chemical Injury, which causes her to be very isolated from family and friends. Her unbearable and disabling pain, fatigue and cognitive disorders are unrelenting 24x7. Sherri desires to help others better understand debilitating conditions, as she shares her story and information about her illnesses. Despite her daily pain and losses, Sherri's writings and videos come to life with her humor and positive attitude. Sherri's journey and struggles for others to understand her disability have inspired her husband, Wayne, to reach out to millions of others like Sherri, through the Invisible Disabilities Association. www.InvisibleDisabilities.org. Sherri is not a medical professional, please seek advice from your doctor before making any changes to healthcare or lifestyle.